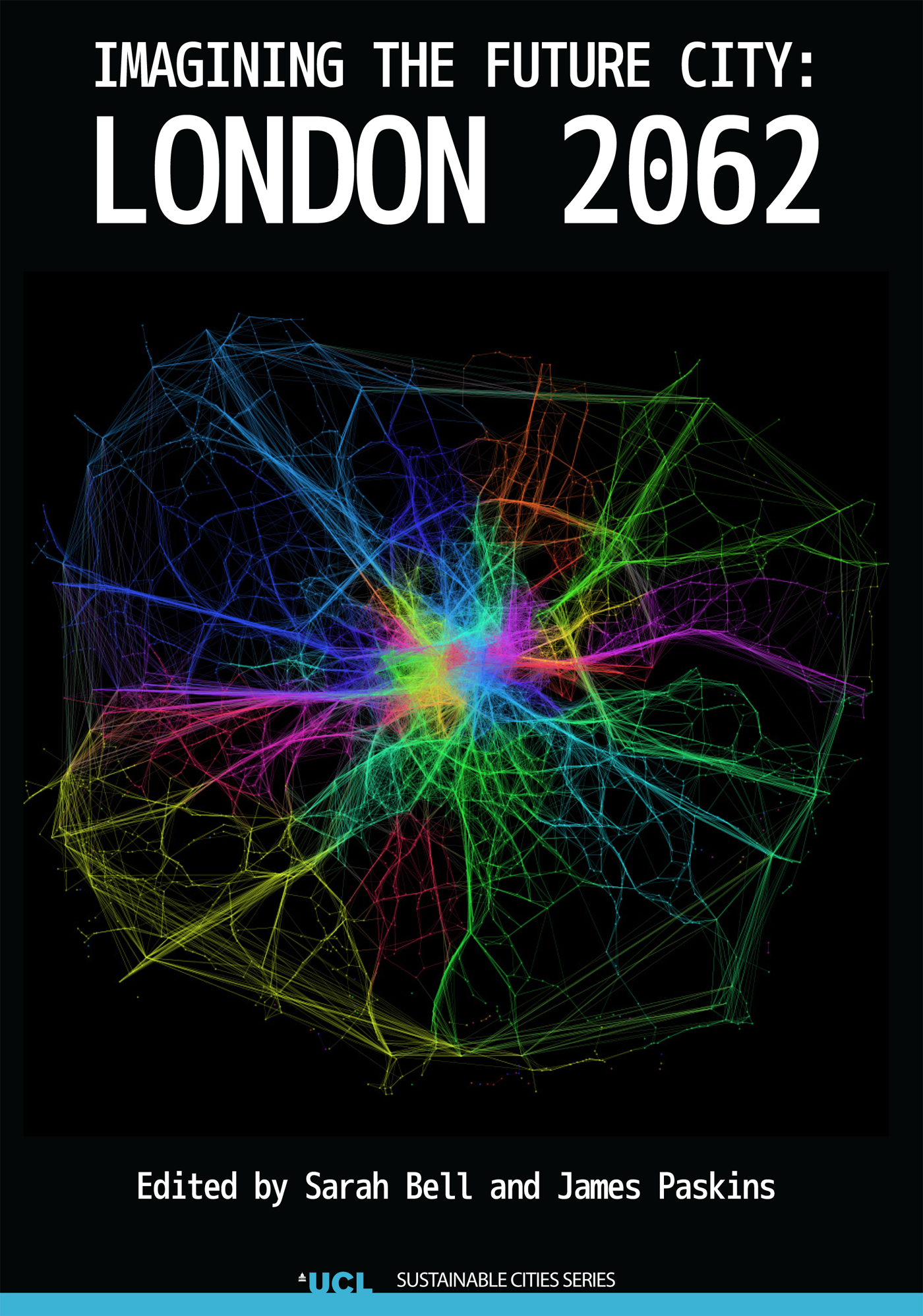 London is one of the world’s leading cities. It is home to an extraordinary concentration and diversity of people, industries, politics, religions and ideas, and plays an important role in our highly globalised and tightly networked modern world.What does the future hold for London? Investigating any aspect of the city’s future reveals a complex picture of interrelations and dependencies. The London 2062 Programme from University College London brings a new, cross-disciplinary and highly collaborative approach to investigating this complexity. The programme crosses departmental boundaries within the university, and promotes active collaboration between leading academics and those who shape London through policy and practice. This book approaches the question of London’s future by considering the city in terms of Connections, Things, Power and Dreams.

The 2060s are far enough in the future as to be beyond the scope of current planning and election cycles. Yet the decade is also soon enough that those making predictions might live to see their accuracy. This book, spun out of a project at Univer...

Football clubs could be paying fans to attend matches and running schools under visions of the future of London in 50 years. The study, by academics from University College London, sets out a range of scenarios for 2062, including one in which London could rise to become a “prime megacity” because of technological innovation. Other projections portray bleaker alternatives involving severe environmental and population pressures including flooding that forces the widespread construction of homes on stilts. One of the most eye-catching visions, however, is one in which financial decline in the City leaves “three giant football corporations” — including Arsenal and Chelsea — as “the only true global financial players” in the capital. The study, which bases its findings on the extrapolation of current trends, says the clubs’ wealth will be based on revenues from a new “5D” broadcast system, under which smell and touch are added to existing footage and beamed to audiences worldwide. But it warns that declining prosperity elsewhere in London will put them in danger of sharply falling attendances. “To remedy this, the three football corporations begin to pay fans to attend,” the UCL study states. It speculates further that the clubs’ wealth will lead them to take “governance” roles in the City and to run schools, as financial constraints lead to “patchy” conventional education provision. The study, titled Imagining the Future City: London 2062, includes contributions from experts in urban planning, geography, politics, engineering, computer science and policy. UCL says that it is intended to provoke debate about the choices currently facing Londoners. Other scenarios include the conversion of roofs into “micro-farms” and the different migration rules for London than the rest of Britain. Teacher-less schools, with education taking place through distance learning, electric cars that are leased rather than owned and “commonplace” commuting from Manchester are cited as further possibilities. Dr Sarah Bell, one of the study’s editors, said accurate predictions were “impossible for a city as complex as London”. But she added: “With the city’s population set to reach 9 million by 2030, research plays a vital role in understanding the issues facing future generations and how governments and policymakers can respond.”