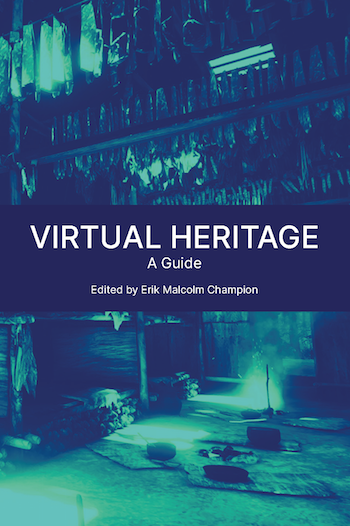 Mixed Reality: A Bridge or a Fusion Between Two Worlds?

Chapter from the book: Champion, E. 2021. Virtual Heritage: A Guide.

To address these concerns, this chapter attempts to answer two critical questions: (1) what MxR from VH perspective is and (2) whether MxR is just a form of immersive reality that serves as a bridge to connect the real world with a virtual one or a fusion of both that neither the real nor the virtual world would have meaning without a contextual relationship and interaction with each other.

To this end, this chapter will review VH applications and literature from the past few years and identify how MxR is presented. It will also suggest how the VH community can benefit from MxR and discuss limitations in existing technology and identify some areas and direction for future research in the domain.

This chapter distributed under the terms of the Creative Commons Attribution + Noncommercial 4.0 license. Copyright is retained by the author(s)