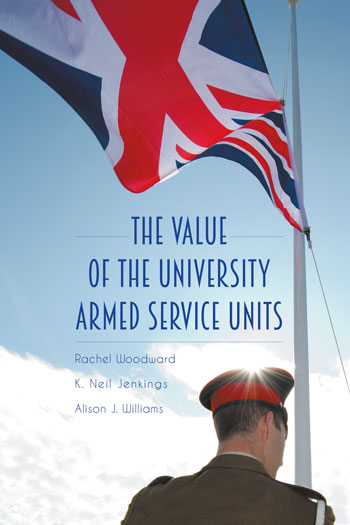 The Value of the University Armed Service Units

This book provides a comprehensive assessment of the value of the university armed service units – the University Officer Training Corps, University Royal Naval Units and University Air Squadrons. The units, many of which date back to the early 20th century, exist in order to provide students at UK universities with an experience of the British armed forces. Participation in the units is entirely voluntary, and there is no expectation that students will go on to join the armed forces on graduation, although a proportion of students each year do so.

The Value of the University Armed Service Units brings together the results of a research project which explored what the value of the units might be to student participants, to graduates in civilian jobs who had the experience as students, to the armed forces, to universities whose students take part in the units, and to employers of graduates with service unit experience. This book draws on quantitative and qualitative research data to explore whether, how, and why the units have value to these different groups.

Significant conclusions include the extent to which the units are able to assist students with the development of their transferable (graduate) skills; the potential significance of the units for future recruitment to the armed forces, particularly the Reserves; and the effect of unit experience in developing an informed understanding of the role and function of the British armed forces amongst the wider civilian population.

Researchers have questioned whether university armed service units are the preserve of the “elite” after finding that enrolled students are more than three times as likely to have attended a private school as the sector average. There were 6,370 students in the University Officer Training Corps, University Air Squadrons and University Royal Naval Units in 2013-14, representing just 0.28 per cent of the student population that year. Academics from Newcastle University who have written a book titled The Value of the University Armed Service Units questioned 1,798 enrolled students and found that one in three had attended a private school, compared with the sector-wide average of 10.3 per cent. Only 32 per cent of respondents were women, even though they make up 56 per cent of the UK student population. The disparities are concerning because nine out of 10 participating students felt that their involvement would help them to get a graduate-level job. Respondents felt that membership of the units helped them to improve their communication and leadership skills more than their degree programme did. The over-representation of private school students may be explained, in part, by the locations of the units’ bases and the university associations they have, many of which are very long-standing. Fifty-three per cent of respondents attended a university in the Russell Group, which represents older, highly selective institutions. This compares with 14 per cent who attended University Alliance institutions, and 2 per cent who went to GuildHE member institutions. According to authors Rachel Woodward, Neil Jenkings and Alison Williams, levels of service unit provision have remained “broadly static” over the past two decades while UK higher education as a whole has expanded significantly. “We would raise the question as to whether university service unit participation is an elite activity and, if it is, whether that is acceptable to universities, the armed forces, and the student body,” the authors say in the book. The study found that 90 per cent of surveyed students had had a positive experience in the units. A small minority complained about excessive drinking and the “social attitudes of students from different educational institutions within a unit”. A few mentioned “casual sexism within units, evident through derogatory comments towards women”.